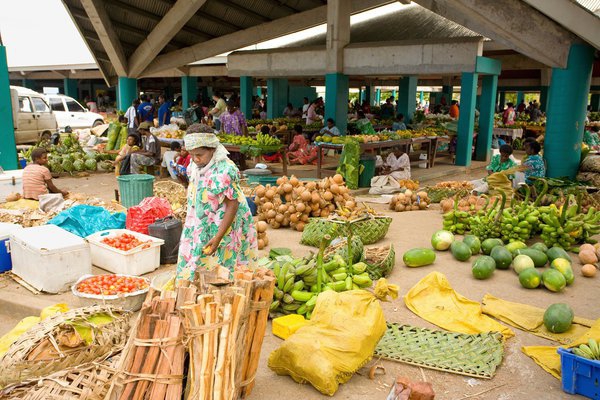 HONG KONG — Cookies and sugary drinks served at government meetings are about to go away. So are imported noodles and canned fish served in tourist bungalows.

While many governments struggle to ban soda to curb obesity, the tiny Torba Tourism Council in the remote Pacific island nation of Vanuatu is planning to outlaw all imported food at government functions and tourist establishments across the province’s 13 inhabited islands.

Provincial leaders hope to turn them instead into havens of local organic food. The ban, scheduled to take effect in March, comes as many Pacific island nations struggle with an obesity crisis brought on in part by the overconsumption of imported junk food.

“We want to ban all other junk food from this province,” Luke Dini, the council’s chairman and a retired Anglican priest, said in a telephone interview from Torba. He said the province had about 9,000 residents and got fewer than 1,000 tourists a year, mostly Europeans.

Mr. Dini said the pending ban was an effort to promote local agriculture and a response to an increase in diabetes and other diseases that council members have observed in Vanuatu’s capital, Port-Vila. Passing a more comprehensive ban on junk food imports to Torba could take at least two years, he added, and a final decision on which products to ban would be made by the national government.

Public health experts who study the island nations of the Pacific welcomed the ban, saying that bold measures were necessary for an impoverished and isolated region of 10 million people — one where the cost of sending legions of patients abroad for dialysis treatment or kidney transplants is untenable.

“Imagine if 75 million Americans had diabetes — that’s the scale of the epidemic we’re talking about in Vanuatu,” Roger Magnusson, a professor of health law and governance at Sydney Law School in Australia, said in an email.

“Can anyone seriously say that Vanuatu doesn’t have the right to exercise its health sovereignty in every way possible to protect its population from an epidemic of that scale?” he added.

Experts say the region’s health crisis is primarily driven by a decades-long shift from traditional diets based on root crops toward ones that are high in sugar, refined starch and processed foods.

In a sign of how urgent the crisis is, the World Bank said in a 2014 report that 52 percent of adult men in the Polynesian kingdom of Tonga were estimated to be obese — the highest rate of 188 countries surveyed. It also said that of the seven countries worldwide with female obesity rates of at least 50 percent, four were Pacific island nations: Tonga, Samoa, Kiribati and the Federated States of Micronesia.

A study that year in the journal Diabetes Research and Clinical Practice said 10 countries and territories in the region had diabetes rates of between 19 percent and 37 percent. The rate in Vanuatu, which has a population of about 250,000, was nearly 24 percent, the study said, and economic development there was closely linked with consumption of animal proteins and simple carbohydrates.

By contrast, the diabetes rate in the United States in 2014 was 9.3 percent.

“It is so wrong what is being done to exploit these nations by providing a food supply that is not, in the long term, better for health,” said Elaine Rush, a professor of nutrition at the Auckland University of Technology in New Zealand who has studied health problems in the Pacific islands. She described the effect that the health crisis was having on families there as “decimating.”

Experts said in interviews that there was a precedent in the region for policies to restrict imports of unhealthy drinks and other products.

More than half of the 20 Pacific island countries and territories monitored by the World Health Organization, including Vanuatu, have taxes for sugar-sweetened beverages, said Wendy Snowdon, a W.H.O. official based in Suva, the capital of Fiji. Some communities in the region have banned tobacco, she added, and Tokelau, a territory of New Zealand, has banned imports of carbonated soft drinks.

Gerhard Sundborn, an epidemiologist at the University of Auckland, said that sugar-sweetened beverages carried an average tax of between about 7 percent and 15 percent in the Pacific islands, and that governments there typically used the taxes to discourage consumption.

Still, Dr. Snowdon said, the taxes and prohibitions on drinks in the Pacific islands — along with education, food labeling and school-nutrition programs — have not reduced the region’s overall incidence of obesity or its associated health problems.

“No country in the world has been able to demonstrate reductions in its obesity prevalence, so we’re not that different,” she said. “It’s just that our levels are higher to start with.”

An open question for Vanuatu, a member of the World Trade Organization, is whether it would face regulatory blowback if Torba passed a comprehensive junk food ban, experts said. As a cautionary example, they cited Samoa’s 2007 ban on imports of turkey tails, a popular food in the Pacific islands that has a high fat content.

In 2011, as a condition for joining, the World Trade Organization ordered Samoa to eliminate the ban within a year. The organization said in a statement that it would allow a 300 percent import duty on turkey tail imports and a domestic prohibition on sales during the transition period to allow the country to “develop and implement a nationwide program promoting healthier diet and lifestyle choices.”

“It was tremendously disappointing,” Professor Rush said of the decision. “It showed that the government that had brought the ban in had no power.”

But as consumption of candy, tinned meats and other imported foods threatens to saddle young people across the country with a lifetime of preventable diseases, he added, the government has a responsibility to protect them.

“They know the people in Vanuatu are their people,” he said, “and they should make decisions that are based on the value of the future generations of this nation.” 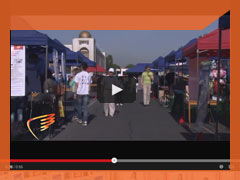 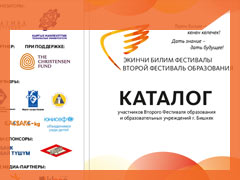